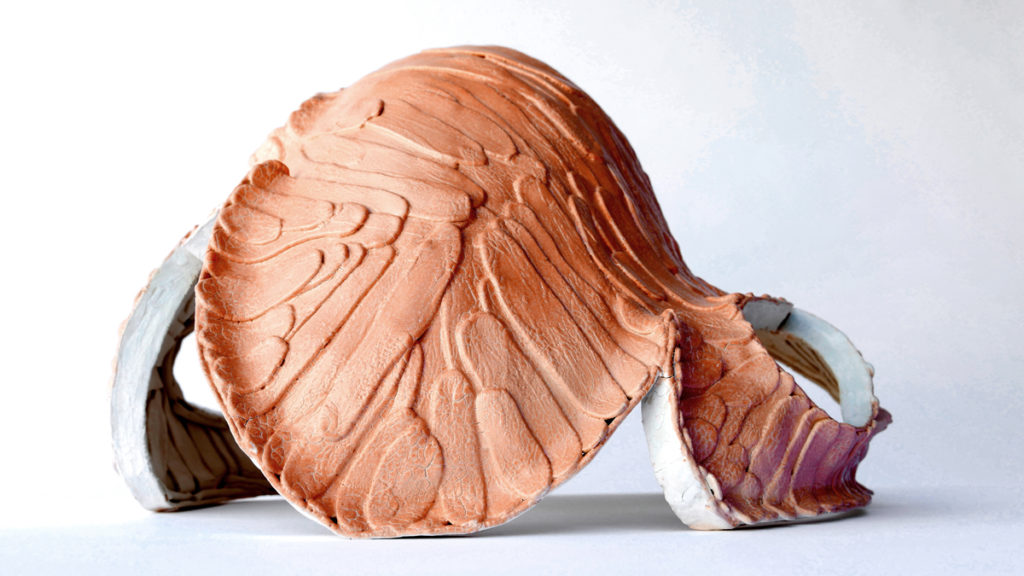 Bodily Structures is a project consisting of three architectural models in ceramics (22-29 x 40 x 40 cm). With the project I investigate complex organic shape, spatial ornament and the feeling of being related to a structure. While working on the project I started to think about the relationship between our internal body and the natural landscapes of our planet. And these thoughts threw our buildings and cities based on square structures and orthogonal environment into critique.

The models are not in scale, and they are not a representation of something to be built. I see them as a research of possible space and structure – a kind of objects for imagination.

Please scroll down for the full description. 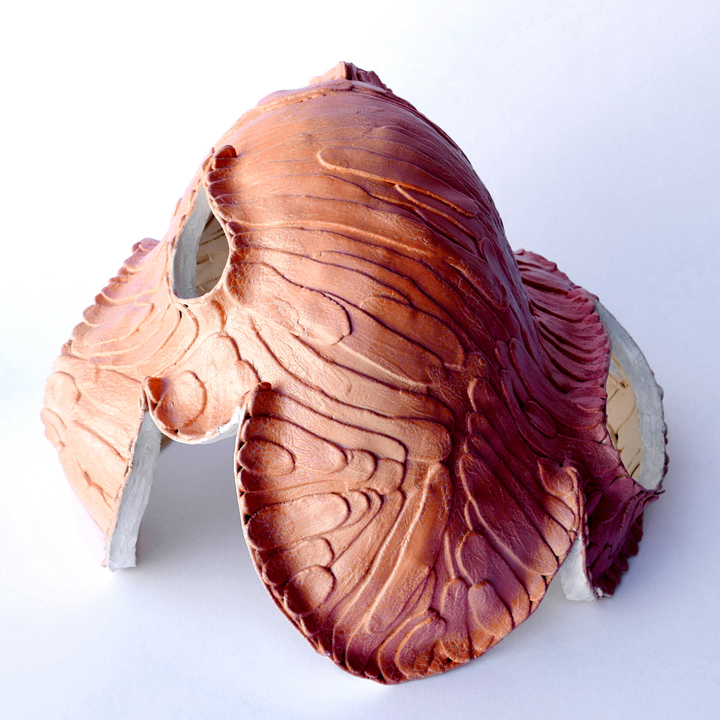 So, I looked at organs from an architectural point of view. “An organ is a part of the body of an animal or plant that performs a particular purpose” (1). And it can be obvious to make a comparison between a body with different organs that each performs a purpose, and a building that has different rooms, parts and functions. To better understand organs I looked into atlases of anatomy. And I was intrigued when I saw an illustration of three organs “kind of hugging each other”. It looked as if they had a sympathetic relationship. It came to my mind that most organs must have a plastic ability; on their own they can take different shapes, but in a body their shape is “locked into place”. 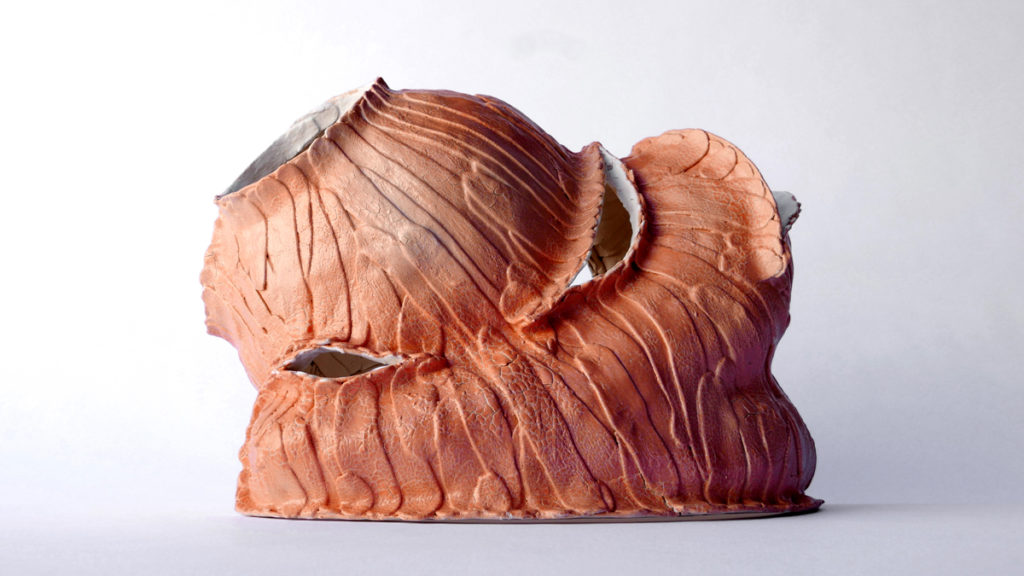 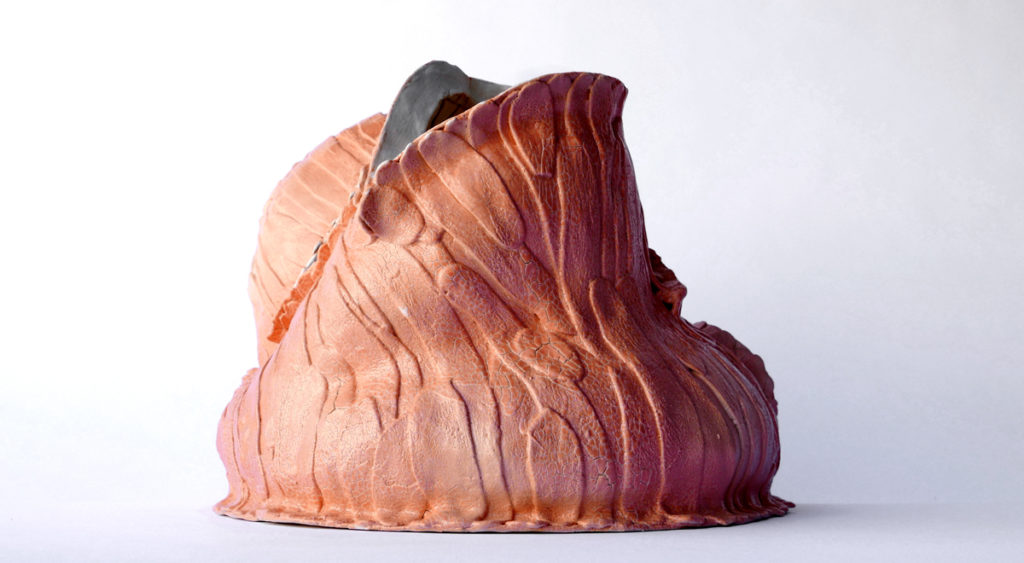 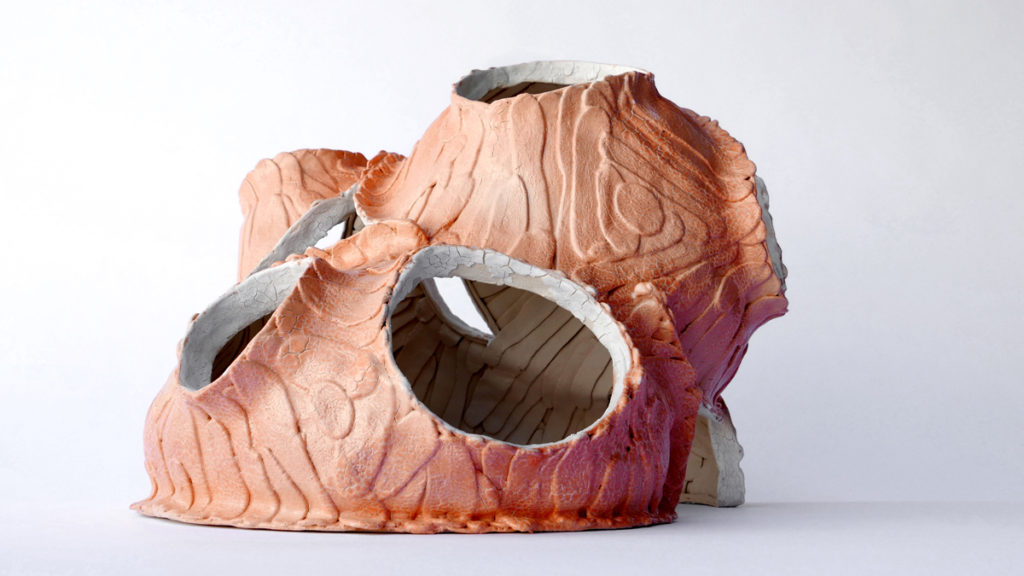 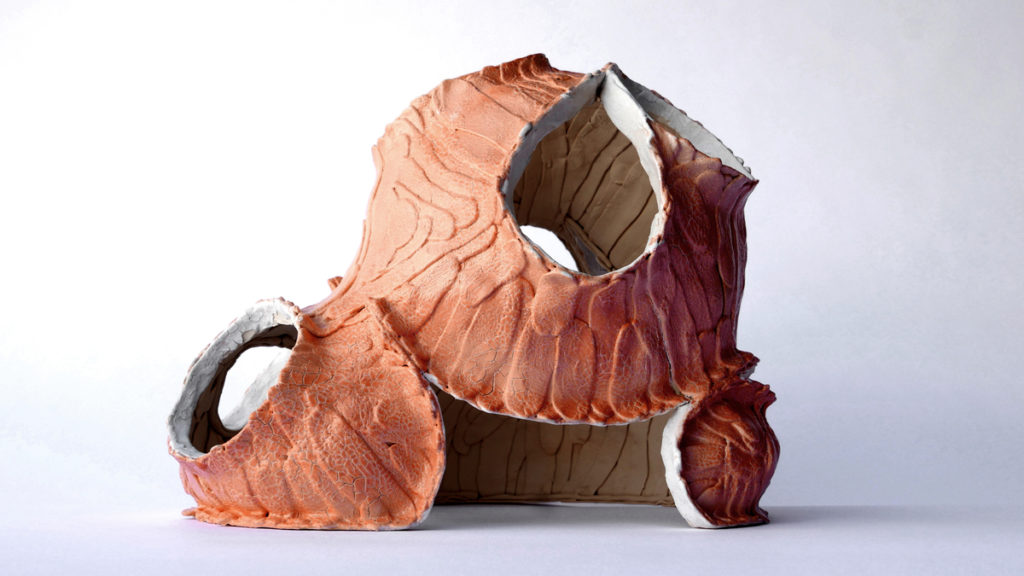 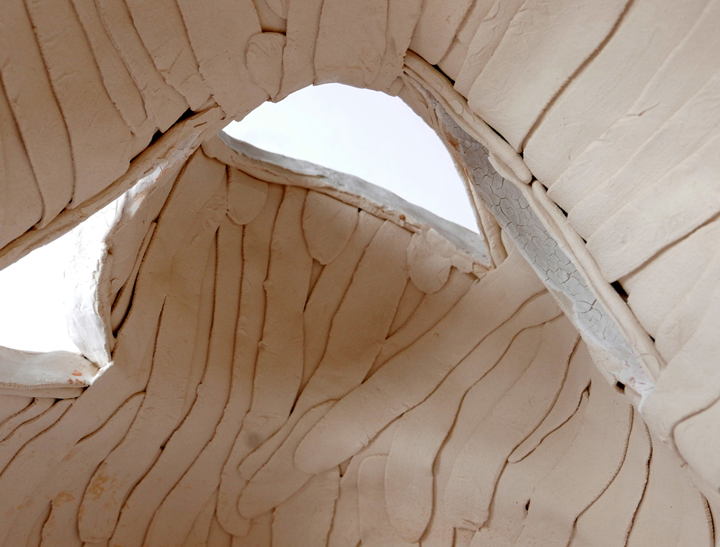 My starting point for the models was to create complex shapes by combining simple shapes. And I wanted to use shapes with a plastic ability so that the shapes could relate in sympathy and “hug each other”, so to speak.

The concept for the models was to make a kind of skin – an exoskeleton and spatial ornament on top of the form similar to the three selected sketches.

In my built architectural projects I have developed a structural concept based on shells and patterns. Structurally this concept works as an exoskeleton and I perceive it as a spatial ornament. The concept is inspired by the craft of the tailor where two dimensional pieces are sewn into three dimensional structures. And like the pattern is essential for the tailor so it is for my structural concept.

I was curious to see how my structural concept with pattern would adopt to a complex shape, and also to explore the possibilities for the pattern to create openings.

In the openings of the models I found similarities with the shape of a mouth or an eye. And unintentionally I started to see parts of faces.

Because of this, and though the models are abstract, I find familiarities in them. I find character. And in me this creates a feeling of being related. 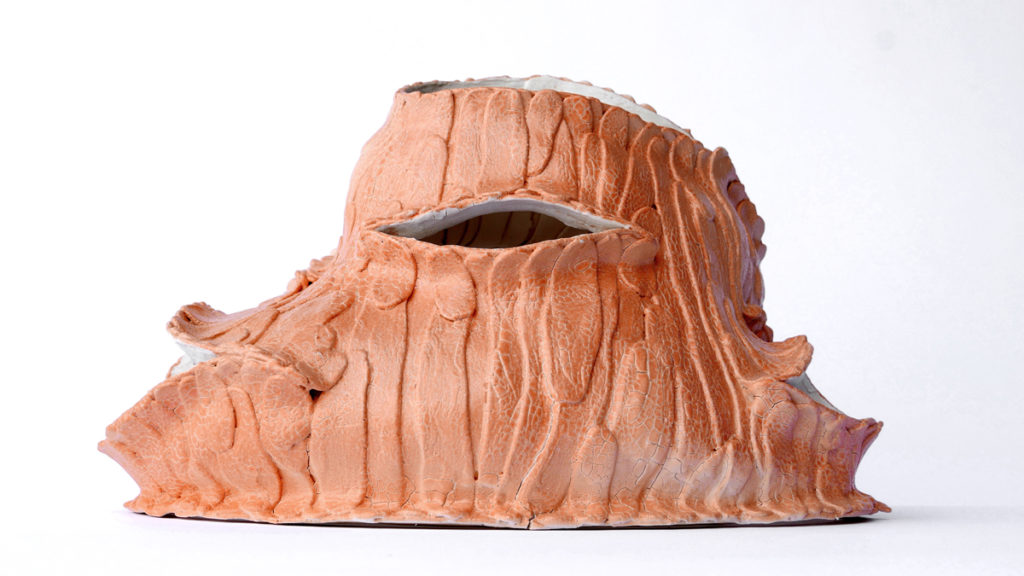 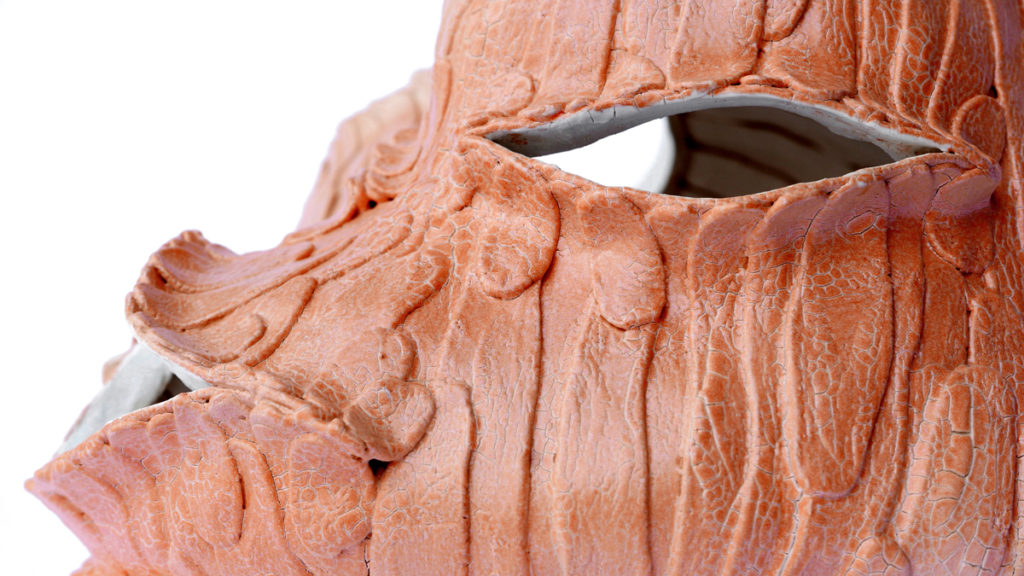 A spatial idiom contained in nature?

The inside spaces of the models remind me of the space of a natural cave. This makes me think whether nature has a spatial idiom which we do not use or explore in our built environment -a spatial idiom where organic space and structure relate and morph with sympathy, rather than a spatial idiom based on grids, slices and divisions.

And because of this I wonder why are our built environments not related to these forms as well?

Are we losing our relation to the function of our planet through our buildings and cities with square structures and orthogonal environment based on grids, slices and divisions?

I think this project points to a fact that working with organic form in our built environment can add to the relatedness and feeling of belonging between ourselves and the planet we roam. 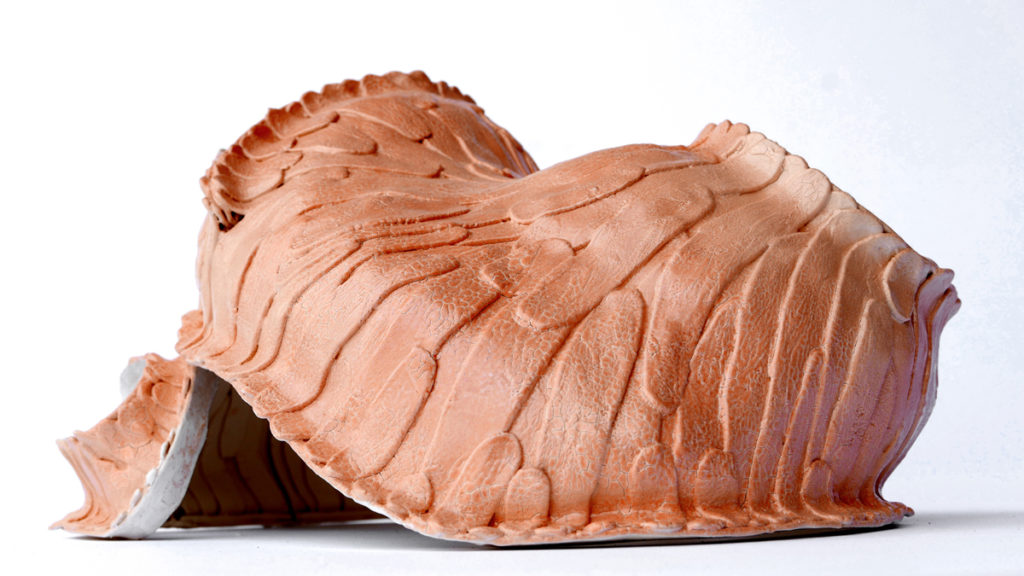 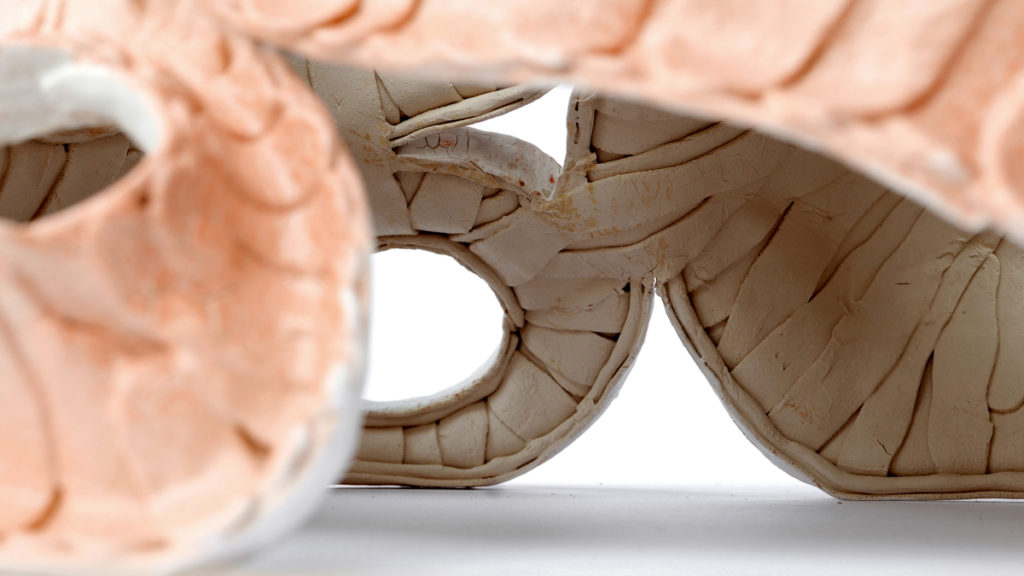 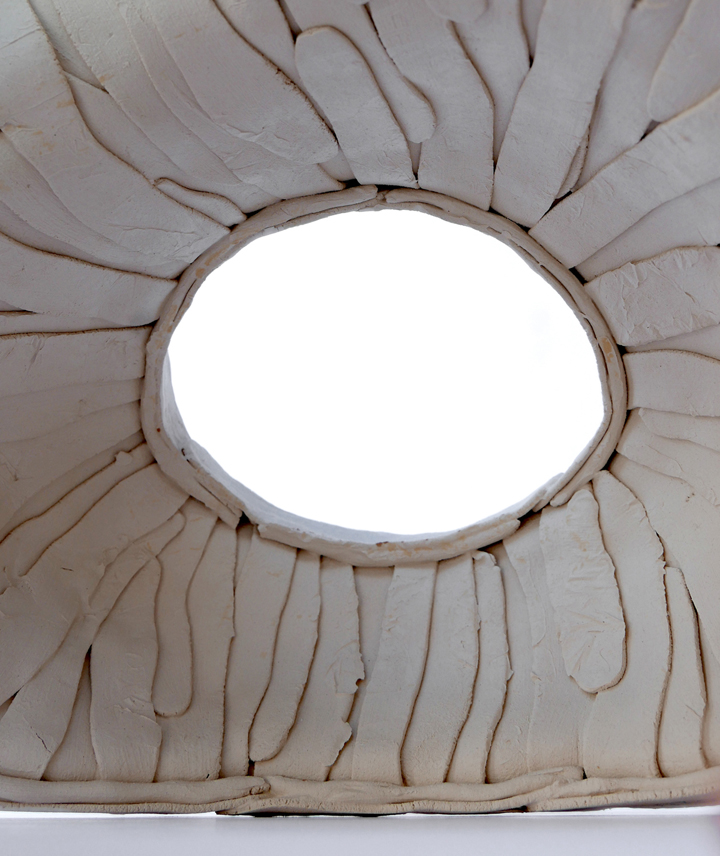