Fire Shelter: Papay was built during a workshop at the festival Papay Gyro Nights 2014.

The shelter became the heart of the festival and the interior acted as a social and reflective space with a fireplace in the middle and seats along the shelter walls. The shape of the shelter referred to nomadic tents, and the construction created a great acoustics for songs and storytelling. The fire shelter reflected the spirit of the festival; by creating a world of its own where knowledge and poetry were shared.

The tectonic concept in the structure is inspired by the craftsmanship of the tailor; two-dimensional pieces are sewn together into three-dimensional objects. Normally a CNC router is used to cut the parts, however such a machine was far out of sight on the remote island Papa Westray, and a simple jig saw was used to cut the plywood pieces. The plywood pieces were literally sewn together with rope. This simple assembly worked really well, and the structure proved to be very strong. It withstood against gales and storms which often frequent the island. The structure was designed with a hole in the top to let out the smoke from the fire. The shelter was anchored to the ground by the weight of stones placed on a floor shelf secured to the wall structure.

Fire Shelter: Papay received the Knap o Howar Art Prize of 2014 given out by the festival, and the smell of its smoke became the perfume of Papay Gyro Nights 2014.

Papay Gyro Nights is a festival celebrating video art, sound art, experimental film, music and architecture. It takes place at the first full moon in February on Papa Westray, which is a small island in the northern and remote part of the Orkney Islands. The Fire Shelter Workshop was organized by Simon Hjermind Jensen and his travel was supported by The Danish Art Foundation. 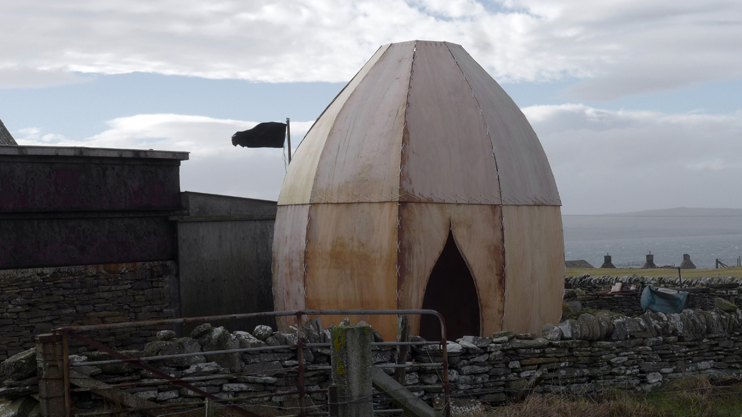 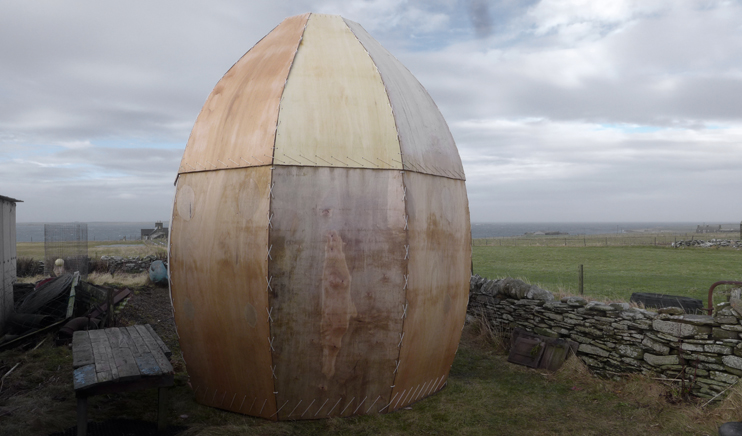 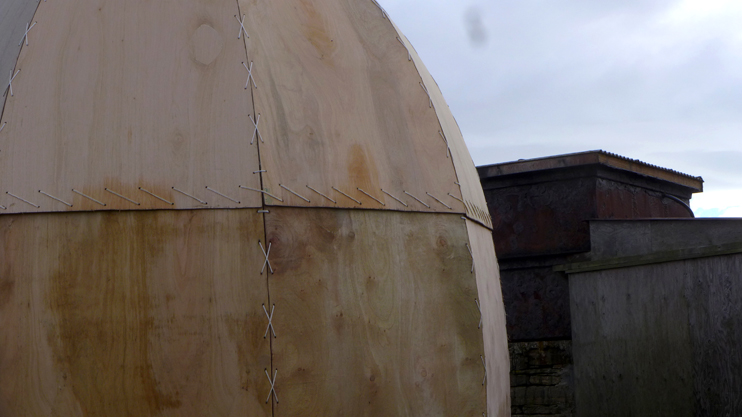 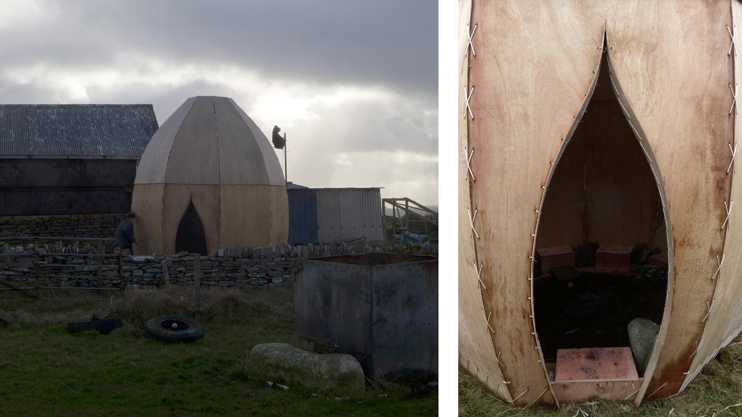 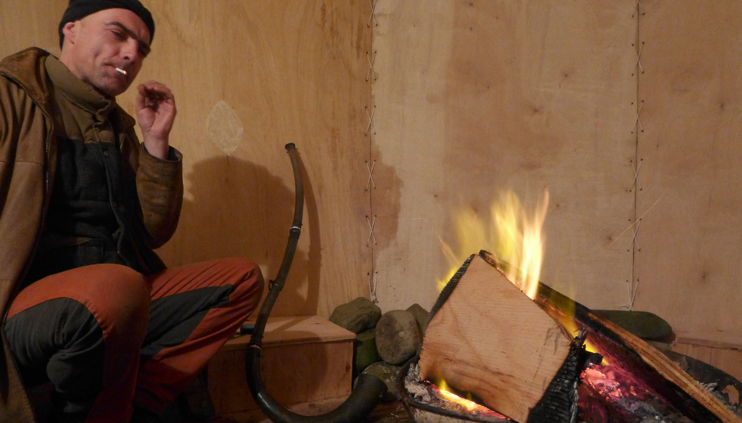 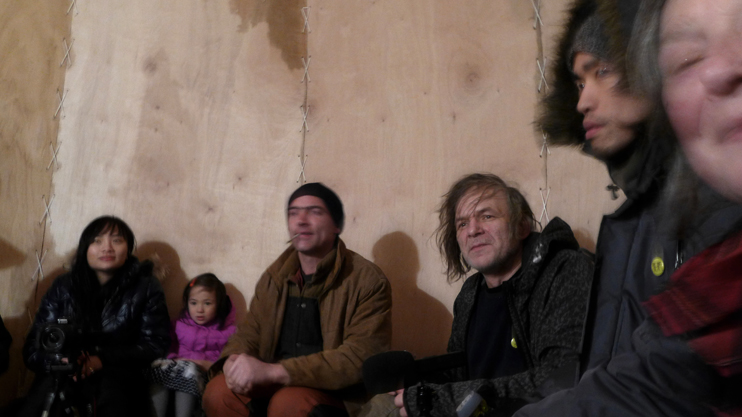 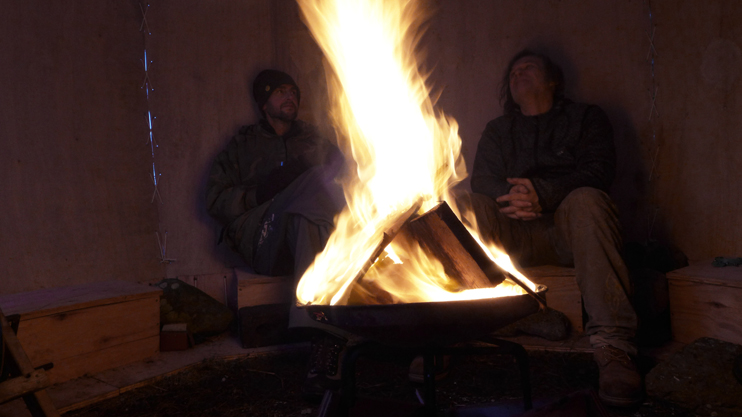 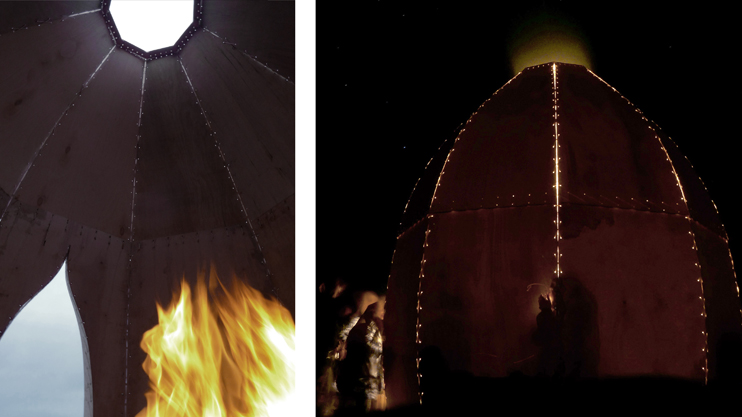 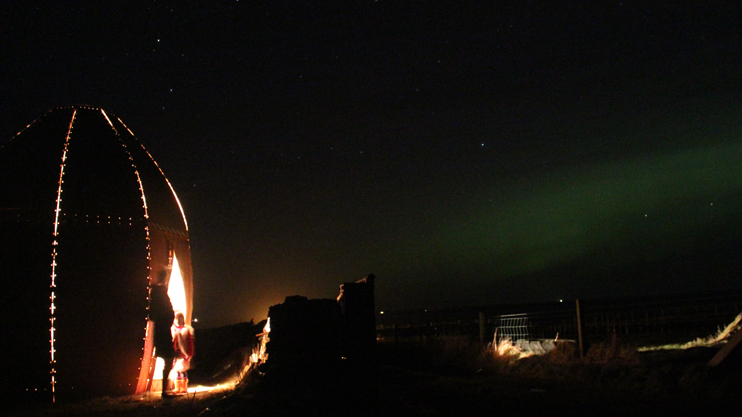