An urban project in Husum, Copenhagen.

White Shining Objects was the winning entry for a competition about urban spaces, arranged by the Copenhagen municipality. Five lamps which vary from 4,2 m to 0,6 m together with three planters, seven benches and 95 step stones forms the project. The project address the qualities of way finding, place making, evocative lights and recreational functions.

Please scroll down for a full description of the project. 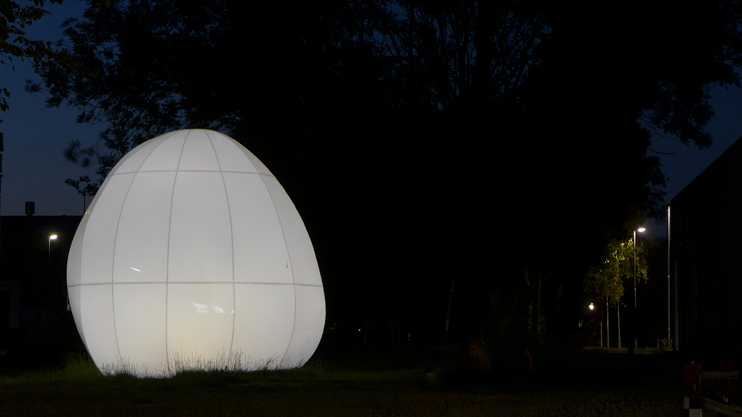 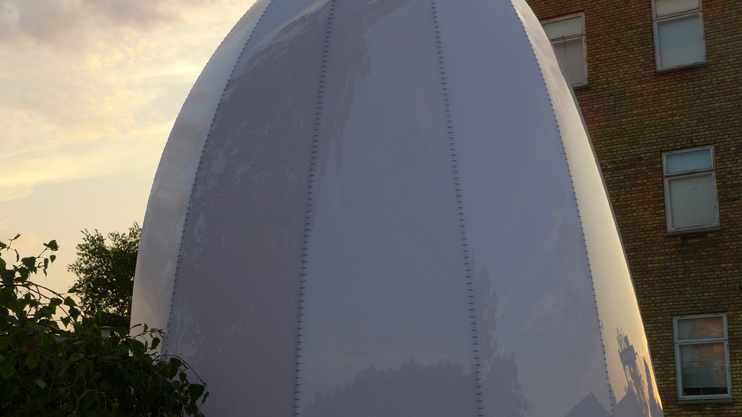 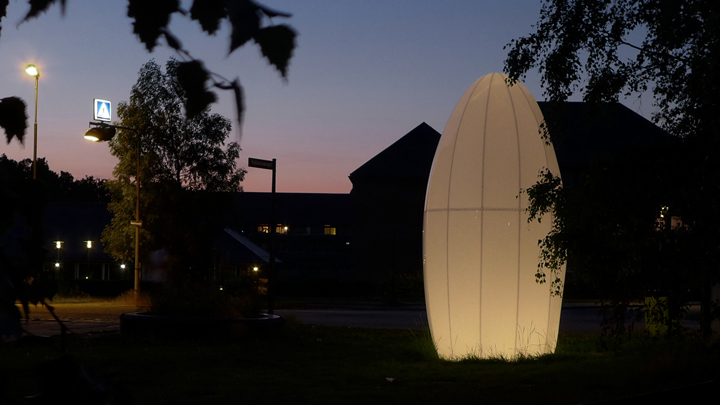 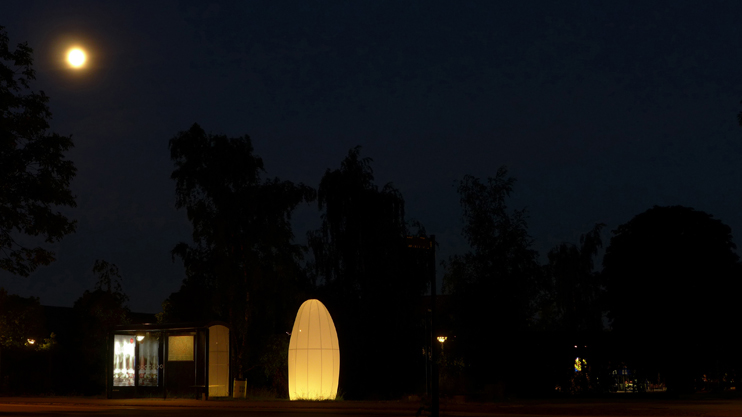 “We do not know” was the common answer to the passersby, when we were installing the project, and they asked what it was. And it was true; we could not exactly tell what it was. We knew our project consisted of five white shining objects placed along a stretch of 400 m in the suburb of Husum just outside Copenhagen. We knew the objects would be illuminated from dusk till dawn, and we knew the height of the objects would vary from 4,2 m to 0,6 m. We also knew the project was the winning entry for a competition about urban spaces, arranged by the Copenhagen municipality. Together with the objects we included 7 benches, 3 planters and 95 step stones.

We had many intentions and thoughts concerning the project, and we could not give one clear answer, because the project deals with way finding, place making, evocative lights, white sculptures with a smooth shining surface, and urban spaces for recreations.

Each object is made of 2-4 mm thick polycarbonate sewn together with 1 mm thick steel wire. And all the objects are asymmetrical and unique in shape and size. The largest object is 4,2 m tall and the smallest one is 0,6 m tall. Inside each object is a lamp, which is connected to the street light and thereby turns on and off at the same time as the street light.

Some of the questions and comments from the passersby were whether the objects were some kind of eggs? Maybe eggs from the future because of their shiny surface? Or that the silhouettes and asymmetrical shapes of the objects evoked associations to stones. Could it be stones placed for rituals, similar to the ancient stone circles? As mentioned in the beginning we could not tell exactly what is was, but we were very pleased with the attention, questions and comments from all the passersby. We were pleased because this attention and wonder was exactly one of our intensions with the project. We created an urban project with qualities of way finding, place making, evocative lights and recreational functions. And we also created a project that raised questions about the project itself and of the origin of the objects.

We believe that urban spaces should not only offer functional possibilities but also appearances that raise questions and reflection. To receive answers is great, but to ask questions is even greater. It raises an awareness and knowledge about ourselves, our next generations, and our environment. 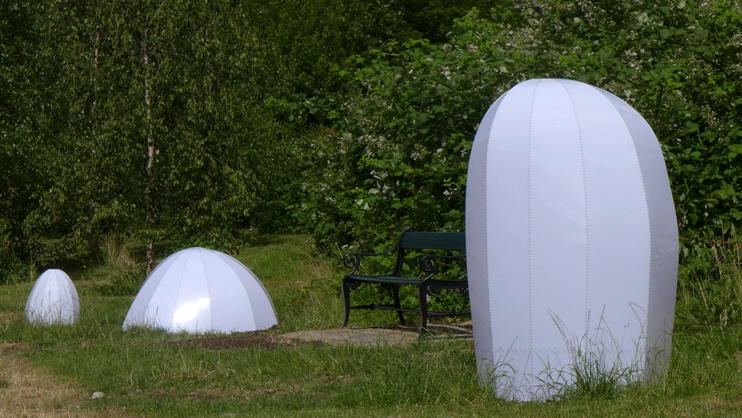 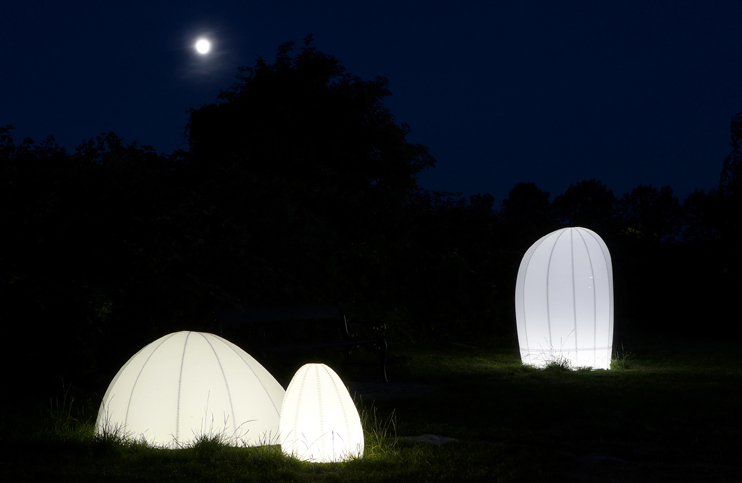