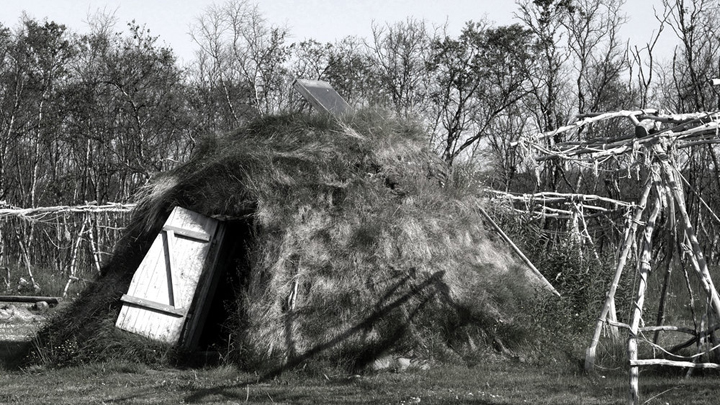 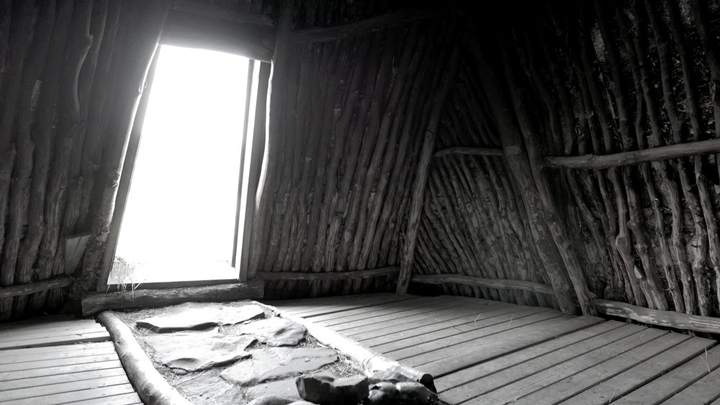 “Goahti” is the north Sami word for the traditionally dwelling of the Sami people. In Norwegian it is called “Gamme”.
The Goahti was in use for thousands of years and until the beginning of the twentieth century. Some of the first people who came to Norway after the last ice age used this dwelling typology. At the Sami Museum in Varangerbotn there is two reconstructions of a Goahti. (the photos are of these two) At the museum we met Jorunn Jernsletten who told us more about the Goahti. Normally they were round with an area of 10-15 square meters. The structural system were made of wood covered with wooden sticks on the inside and a layer of birch bark and grass turf on the outside.

In the center was the fireplace. And opposite the main entrance, behind the fireplace, was the “Båassjoe”. This was a place of taboo, and here they stored their food and the sacred drum. Both the fireplace and the Båassjoe where sacred places. (it was taboo to step over, or into the Båassjoe)
The goddesses had specific places in the goahti. Madteraahka (The mother from the beginning of all time) stayed beneath the floor. She was responsible for the creation and protection of the Sami people. She had three daughters. Juksaahka and Uksaahka where connected to the entrance, and Saraahka stayed under the fireplace. Saraahka where strongly connected to the wellbeing of the Sami people. And she had the role of protecting the home and the family. Daily offerings were made to Saraahka.
The concrete placement of the goddesses in the Goahti meant their daily lives were surrounded by spirituality.