To me a stony beach is an archive of forms. And the beaches around Røsnæs peninsula created in the ice age 17-18.000 years ago are no exception. Why try to invent form myself when I can find so many excellent examples in nature? On a weeklong stay at Røsnæs I collected stones from the beach. The selection of stones was intuitive. I tried to be open for picking stones that “talked” to me. And I made fifteen clay models with the same forms as in my compilation of stones. Six of these models I chose for a further study.

In my built structures I work with a structural concept inspired by the craft of the tailor. In this craft pattern making is essential and two dimensional pieces are sewn into three dimensional objects. I like to call my patterns spatial ornaments. This is both because the patterns span in three dimensions and because the patterns are based on structural, aesthetic and subjective choices. To create a spatial ornament, I first draw a pattern directly on the model based on geometrics relating to the form. This first pattern I call the base geometric. In this series the base geometric consists of circles and ellipses. With the use of the base geometrics I can draw the spatial ornament, which in the final outcome of a built structure consists of interlocking shells.

In this series of architectural models I have studied and drawn only the base geometrics. And within these patterns I have used glazing as an abstraction for different kinds of materials used for an imaginary built structure. 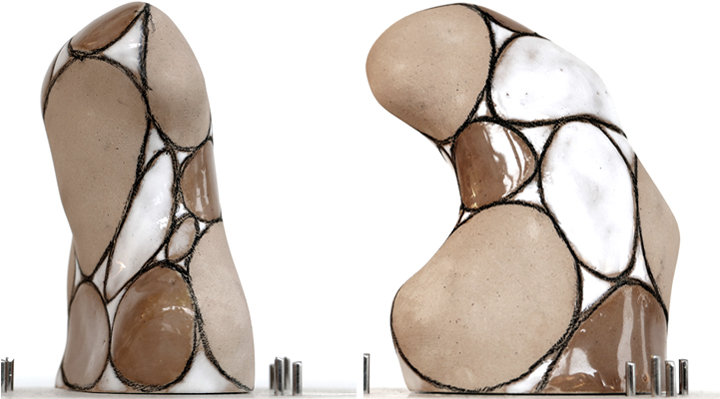 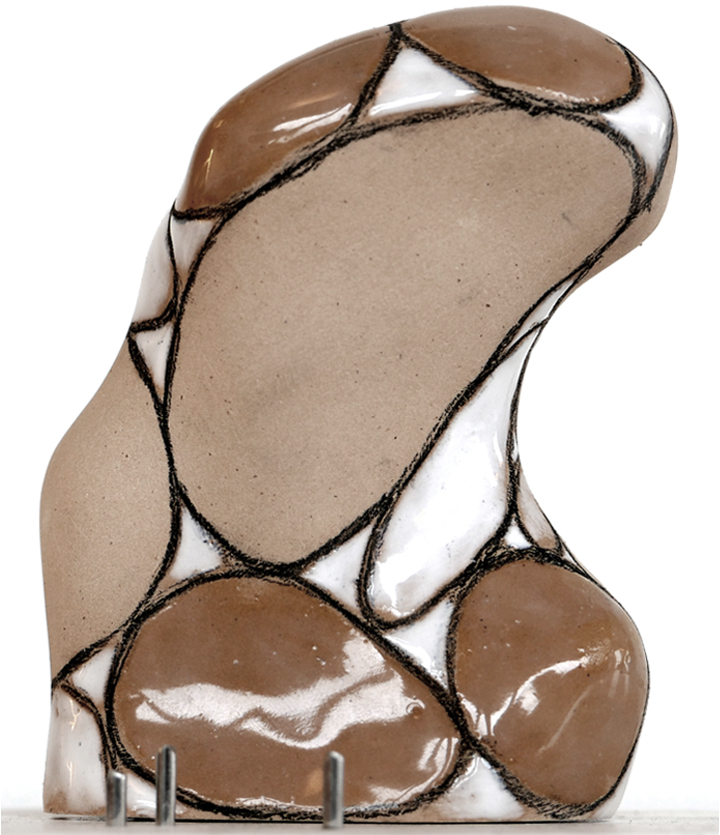 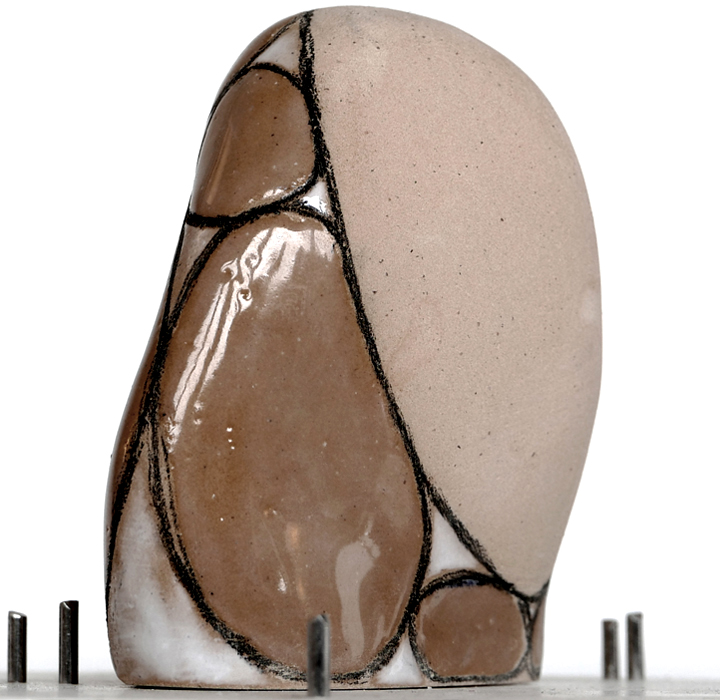 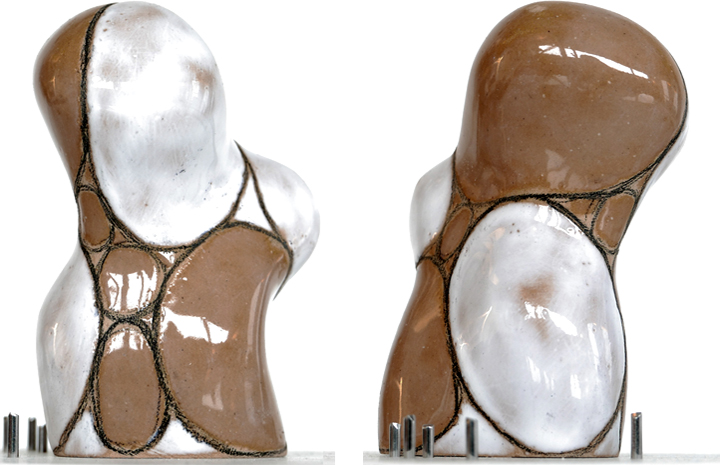 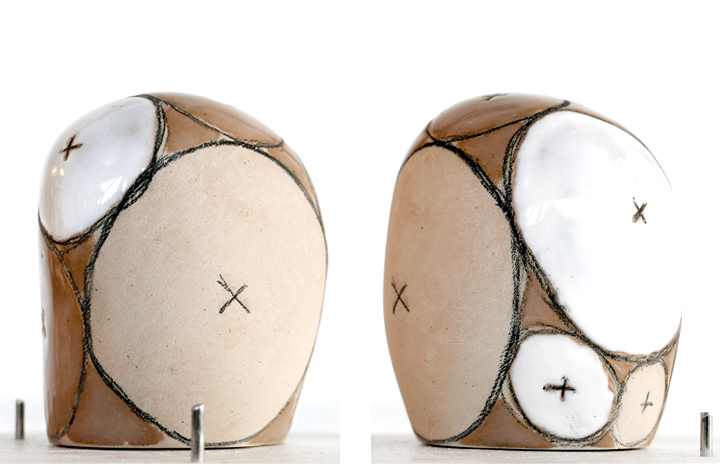 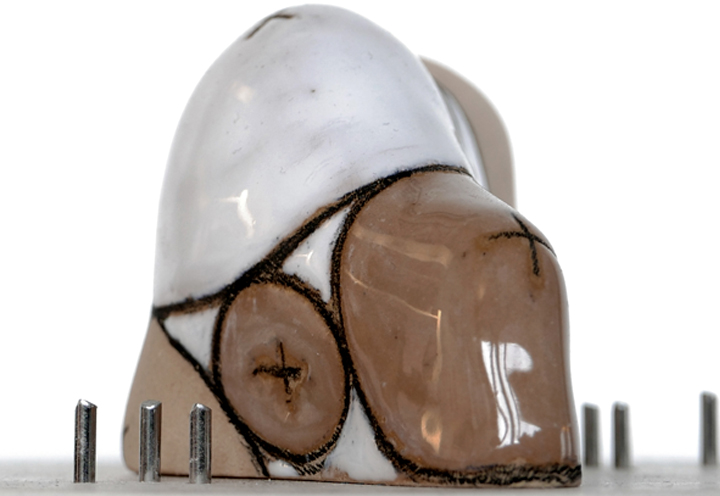 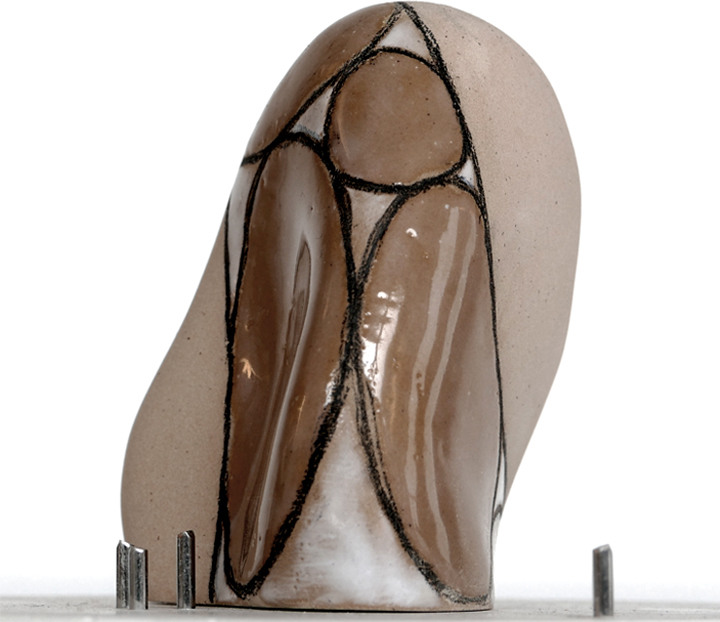